The starlings pleased themselves, as always, on Sunday afternoon, which was a shame, from our perspective, because the marmalade sky would have provided an ideal backdrop for the murmurations. The scene, although pleasing to the eye, lacked a strong focal point, until a yacht sailed by; using the sky and water as negative space, I placed the vessel in the desired location. Lines featuring in the sky and on the water are like brush strokes. Of note was the calm air, an unusual occurrence on the coast; Brighton and Hove is such a windy place. I told the photography student I met last Sunday about a storm last winter, which coincided with high tide. The sea and waves reached Kings Parade; a certain landscape photographer by the name of Finn Hopson was down there at 1.30am. 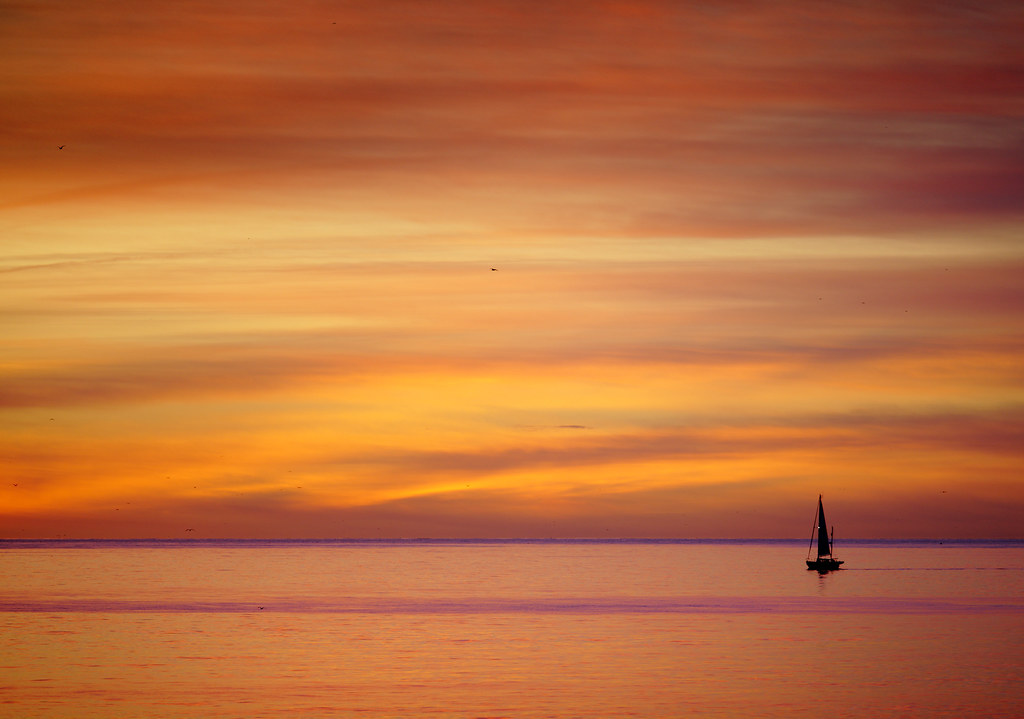 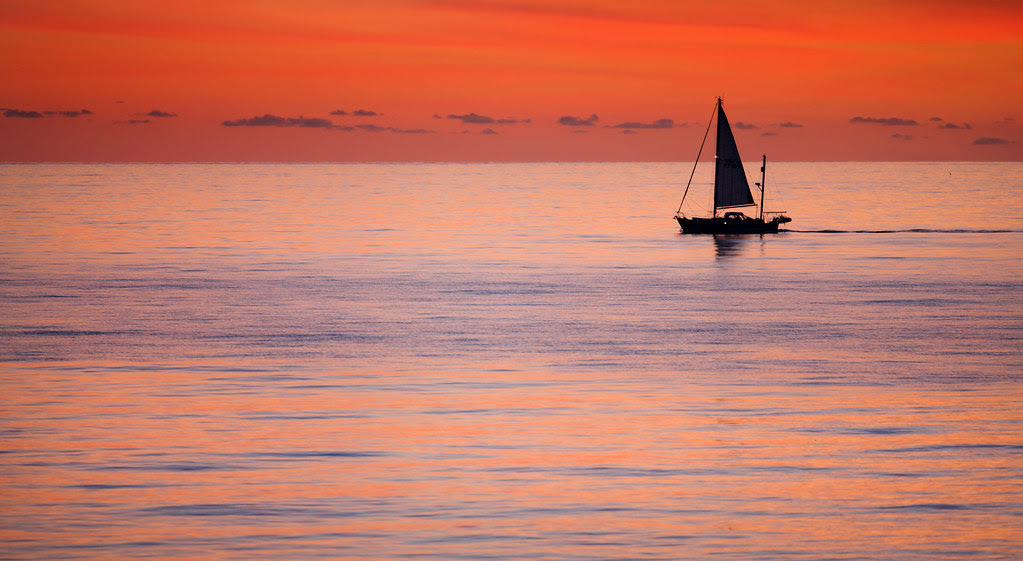 Martin Lower said…
Absolutely gorgeous! I thought the top one was the best, but now I'm not so sure...

Alan MacKenzie said…
Sorry, Martin, forgot to read your final sentence. I received the proof copy of my book two weeks ago and the project only looks half complete. It'll be another winter, spring and summer before it is ready.
23 November 2012 at 02:36