Showing posts from April, 2012
Show All

If only you could see what I've seen with your eyes 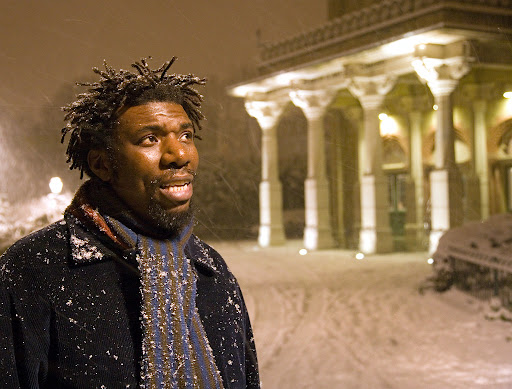 Danny Callcut of Sticky Rice once told me that I ought to photograph people more often. "Street portraiture in Brighton is easier said than done", I replied. The southern English are very private in comparison to our friends in the north. Down here, it sometimes takes a unifying event to bring people out of their shells. In a quintessentially English manner, the snowy weather of December 2010 made strangers more receptive to pleasant, informal conversation. I wish for snowy winters more often, if the joyous company of strangers like Frank and Magnus are anything to go by. More recently, when I met photographers Alex Lawrence and Finn Hopson, we had so much to talk about that portraiture was not even an afterthought. Perhaps, out of respect for my comrades, I unconsciously refrained from making another photographer a subject in his own right. Rather than observe them via the intermediary of a viewfinder and lens, I instinctively felt the need to relate with them directly thr
2 comments
Read more 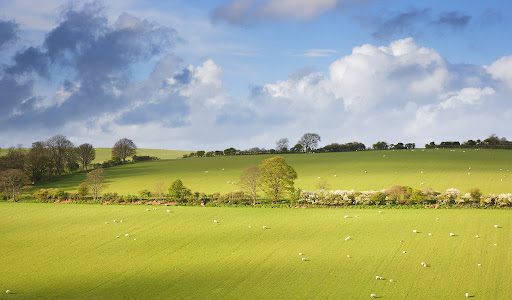 April continues to be blustery and unsettled. The light and cloud formations were such that I imagined this was Scotland, rather than East Sussex. I felt quite giddy with excitement as the weather provided yet another superb opportunity to portray my home county in all its bucolic splendour. I presently cannot get enough of the outdoors; no wonder my mother says I have a weather-beaten look about me. I am so lucky to have a place like Balmer Down on my doorstep, something I never take for granted. The fields surrounding Ridge Road, Falmer are simply the finest in East Sussex. Lined with attractive hedgerows and accessed via lovely pointed gates, Roe deer can be seen grazing in early morning or late evening. Kestrels, Kites and Tawny Owls reward the patient observer, while bats can be seen gliding along the northern end of Ridge Road at dusk.
2 comments
Read more

A Home From Home

On Sunday, I went to photograph the River Cuckmere from Exceat HillI after drawing inspiration from a postcard I had sent to my mother during a birthday present holiday in Friston Forest last autumn. The Cuckmere Valley seems like a home from home to me. Perhaps this is because, as a child, I was taken there by my parents and allowed to engage in free, unstructured, creative play. No-one "protected" me from original experience and the unknown. My better qualities originate from early unmediated experiences outside of Sussex too, including holidays in the New Forest, Hereford and Worcester and the Cotswolds. I was perfectly happy to walk into the unknown and keep on going; my experience of sensory reality uncurtailed by external measurable results, concerns about "safety" and other stifling forms of preparation for "adulthood". The continuing unsettled and rather cold April weather was perfect for Sunday's visit to the Cuckmere Valley. Strong
2 comments
Read more

When I set off this afternoon, I had in mind a photograph of the Seven Sisters with a rainbow and retreating thundercloud providing the backdrop. The rainfall radar looked promising, until the bus reached Seaford. Unfortunately, everywhere east of Seaford was bone dry, so I decided to walk the Crowlink to Exceat semi-circular route instead, which took me through Crowlink down to the cliff edge and westwards to the beautifully named Cuckmere Haven. This was the second opportunity in which to demonstrate the potential of LEE neutral density graduated filters. They have solved so many problems that would otherwise have created blown out skies or underexposed foregrounds. I have also noticed how little post-processing the images require in comparison to before. Of course, all RAW files require post-processing, however, now they look far more 'ready' than they used to. After spending a joyous hour at Cuckmere Haven and a further exhilarating thirty minutes walking past Grey
Post a comment
Read more

The Joys of Lee Filters and Saving Lives 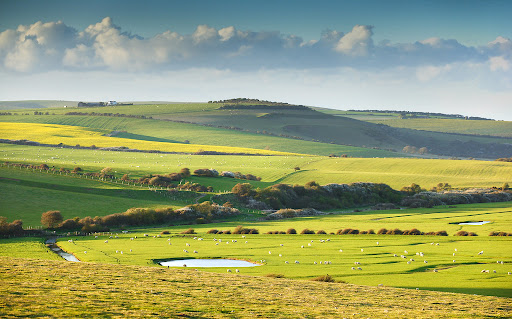 The verdant Cuckmere Valley looked quite lovely on Tuesday afternoon. The presence of cumulus clouds provided an opportunity to use my new LEE neutral density graduated filters. Although they are expensive, LEE ND grad filters are worth every penny, for they help the landscape photographer achieve correct exposure across the frame without leaving colour casts. For this particular photograph, I stacked two 0.6 hard and soft grads together. I had to hold the filters in place by hand, since Warehouse Express don't yet have the LEE Universal Hood and Filter Holder in stock. The only telephoto lens currently at my disposal is the Sigma 150mm f/2.8 macro, because my new Canon EF 100-400mm lens is being fixed under warranty courtesy of MPD Photographic. The lens has a serious hunting problem and cannot achieve focus at middle distances between 300-400mm, making the lens useless for wildlife photography. On the matter of serious hunting problems, I earlier noticed a professional marks
Post a comment
Read more
More posts