Showing posts from March, 2014
Show All

The Sun and the Rainfall 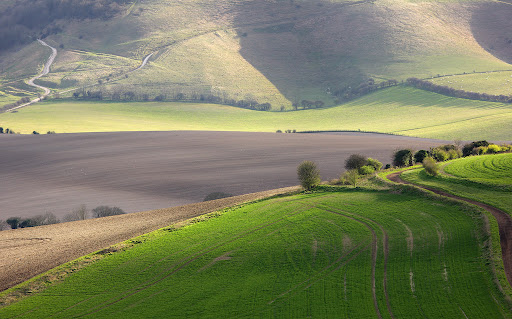 Kingston Ridge, seen from Houndean Bottom is an easily accessible part of the South Downs, for car and bus users alike. Situated just outside Lewes, I often go there to unwind after a busy week. Unsettled weather seems to model the South Downs well, accentuating hilltops and carving out valleys. Rainfall cleans pollutants from the air, improving visibility, while fast-moving clouds allow the sun to cast beams of light over the landforms. The first, third and forth photos were taken immediately following showers; notice the crisp and well defined lighting. In the second photo, the combination of milky cloud and smoke from a bonfire has muted the background lighting, while leaving the foreground gleaming with unfiltered sunlight. In just a couple of hours, I've managed to show how varying lighting conditions can dramatically alter the appearance of a landscape. I run workshops on the South Downs to teach people how to achieve this. If you are interested in spending a four hour
Post a comment
Read more 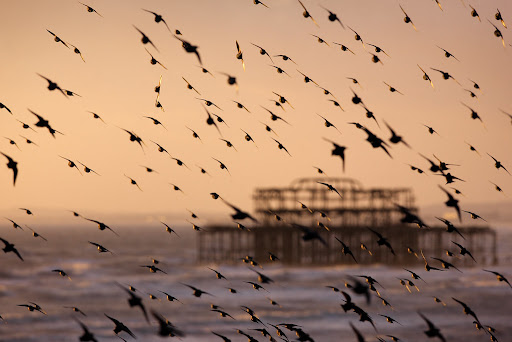 To the people who work on Brighton Pier, the sight of a rather tall man carrying a big telephoto lens must be as familiar as the starlings themselves. Meeting people on the pier is an integral part of the experience; a passion shared is a passion doubled. I'm delighted that my photos have inspired so many people to visit, either to simply enjoy the spectacle or create their own photographic narrative.  Watching starling murmurations is an exciting and rewarding experience in all weather conditions. Starlings are undeterred by gales, hail and thunderstorms. That's not to say that their behaviour is not influenced by the weather. When temperatures are low, starling murmurations last longer, as the birds need to generate more body heat to keep warm overnight. When starlings detect the sudden onset of severe weather, they will fly in to Brighton Pier up to one hour early. Thank goodness for weather-sealed cameras and lenses! I took images 10 to 17 during a hail storm. You may e
4 comments
Read more
More posts