The UK endured a truly vile beginning to summer 2016, which makes it all the more surprising to be typing this text in daytime temperatures of 30°C (and 27°C at midnight). As an outdoor photographer, I have a flexible mindset. Even the dreadful June weather produced some beautiful misty scenes in the forest. The unexpected heatwave now upon us is a chance to adapt, keep cool and enjoy our summer wildlife.

Observations suggest that butterfly numbers are down across the country, but it seems that many species on the South Downs have appeared later than normal. I've seen plenty of Marbled Whites, Meadow Browns, Gatekeepers, Ringlets, Large Whites, Small Skippers and Dark Green Fritillaries at sites near Falmer and Friston Forest. We seldom experience an abnormally mild winter, followed by a cold spring and a cool, wet and windy June. Butterfly lovers panic when they don't appear on time and begin to fear the worst, but all it took was a spell of settled, warm weather to bring them out. 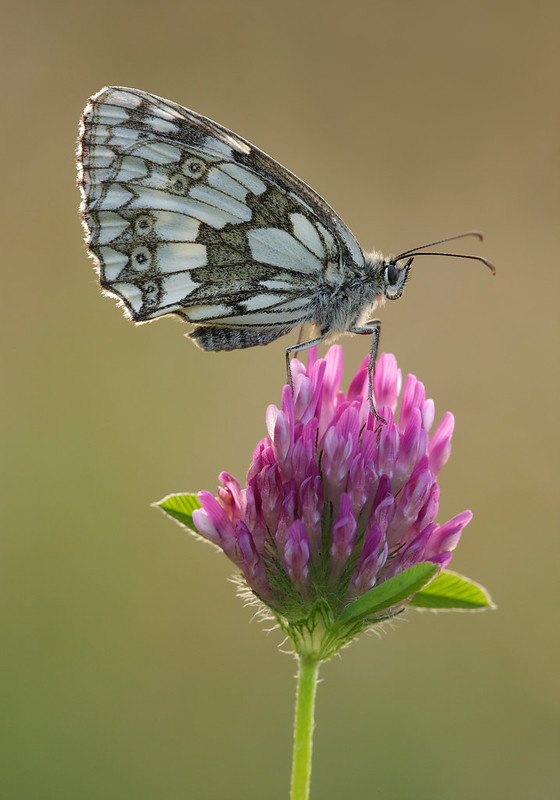 I like to photograph butterflies, just as the sun dips behind the trees. This creates very subtle back-lighting, which brings out delicate colours and provides just enough relief in butterfly wings. Low temperatures effectively inactivate the Marbled White, which is why I've enjoyed more success with this species than any other. I've taken photos of other species this summer, but their tendency to fly off meant that I couldn't photograph them to a high enough standard. The above shot combines all the qualities I look for in a macro shot and once this standard is reached, I feel under pressure to ensure all shots are of a similar quality.

I will know better than to attempt butterfly photography during very hot weather again. Tuesday 19th July saw temperatures of 28 - 30°C well into the evening and even the Marbled Whites remained active after sunset. I've learned my lesson with deer in heatwaves too. Most deer are inactive in the heat and travel is a hassle. On July 1st 2015, I took lovely shot of a baby deer as the mercury rose to 34°C, but I didn't get home until midnight, as buckled rails caused major disruption to the rail network. 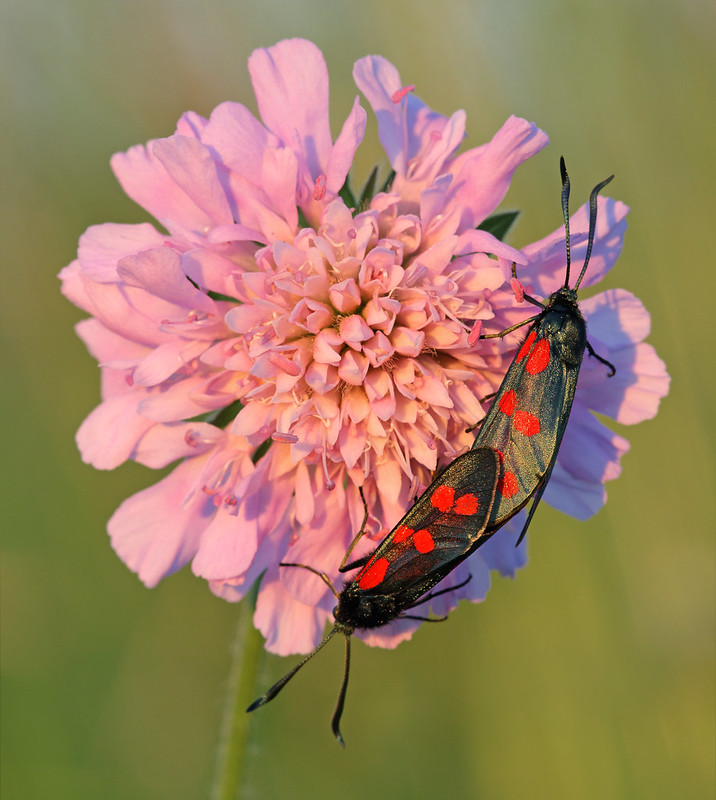 Six-spot Burnet moths are a common sight on the South Downs. If their mating coincides with low evening temperatures, they will remain joined together all night, until the sun rises and warms the air. 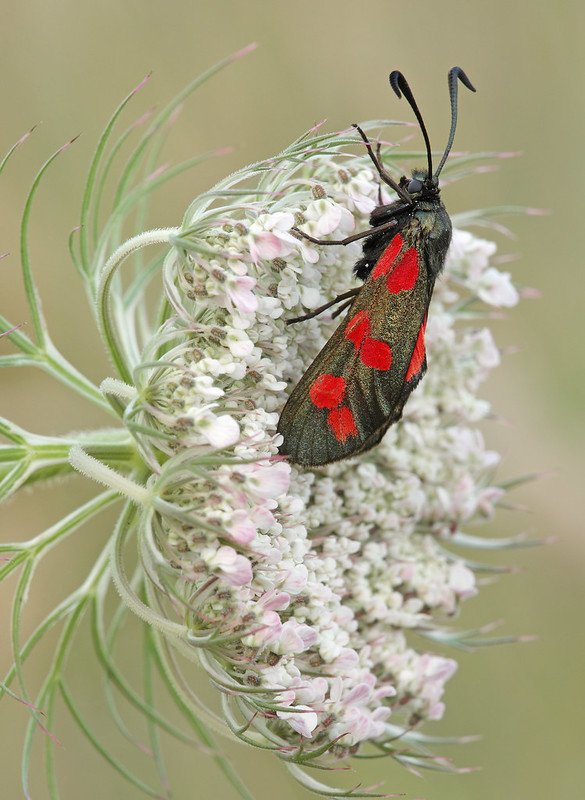 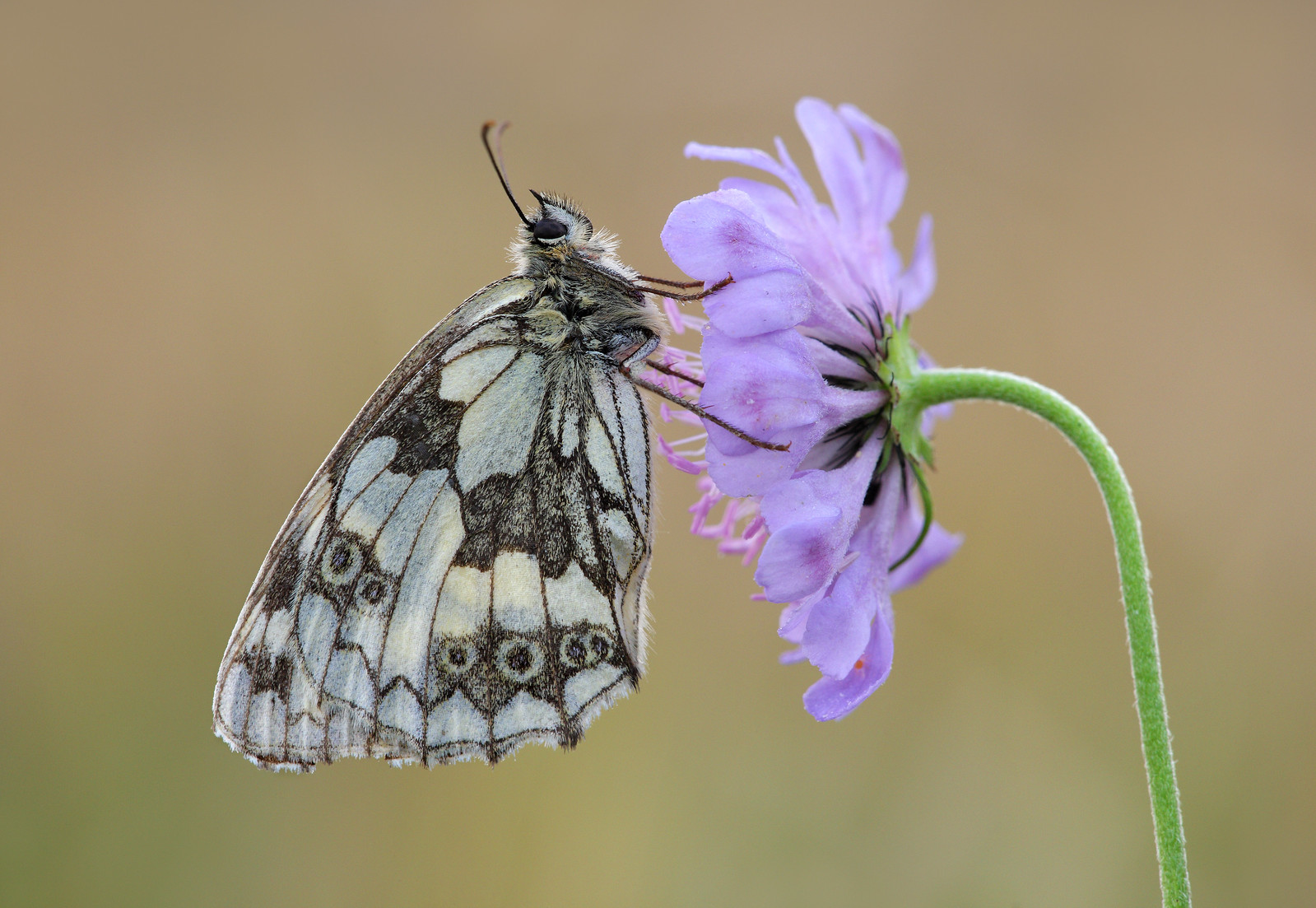 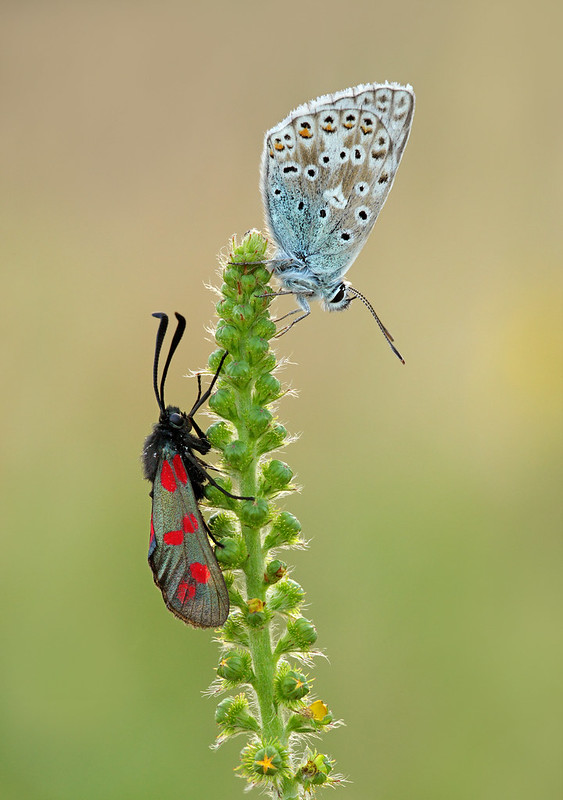 This is a Common Blue butterfly sharing a plant