Every autumn, starlings migrate to the British Isles to escape the harsh Scandinavian winter. Some of these birds (about 40,000) spend the winter in parks, gardens and farmland around Brighton and Hove. In late afternoon, they fly to Brighton Pier, where they gather in fluid-like murmurations, before roosting for the night underneath the pier structure. It is thought that starlings began using Brighton Pier (and formerly the West Pier) to roost after the Great Storm of 1987, when gusts of 115mph felled millions of trees across Sussex.

Although no-one knows exactly why starlings form murmurations, it is thought to be a multi-purpose behaviour. Starlings benefit from safety in numbers and generate collective body heat to survive the night ahead. Each bird shadows seven of its neighbours, which accounts for why murmurations can rapidly change shape, speed and direction. Should a bird of prey attempt to intercept a murmuration, it will usually pass straight through, because it only takes the initial evasive action of a single starling to feed through to neighbouring birds. I've even seen murmurations react to low flying light aircraft, suddenly forming a very compact group from a larger, looser swarm. There is competition within the murmurations for the most sheltered spots under the pier and it is thought that starlings prefer to roost next to stronger, healthier birds, as they are likely to fly off to the best quality feeding locations at dawn.

If you are planning to watch the starling murmurations this December, stand on the deck of Brighton Pier at least 30 minutes before sunset. Be patient, as the starlings can arrive late, but you'll be treated to a better display as the birds all arrive at once. The best views are either on the west side of the first games pavilion or to the east side of the Fish restaurant. Cold winds blow across the pier, so I use Merino wool thermals as a base layer and Lowe Alpine Cyclone gloves to keep my hands warm. 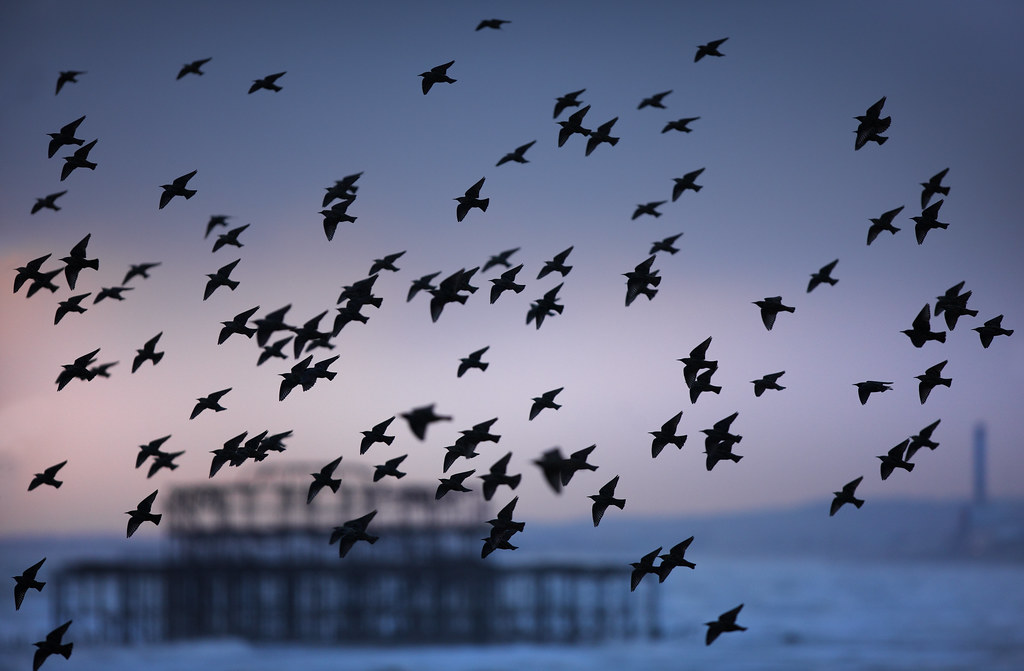 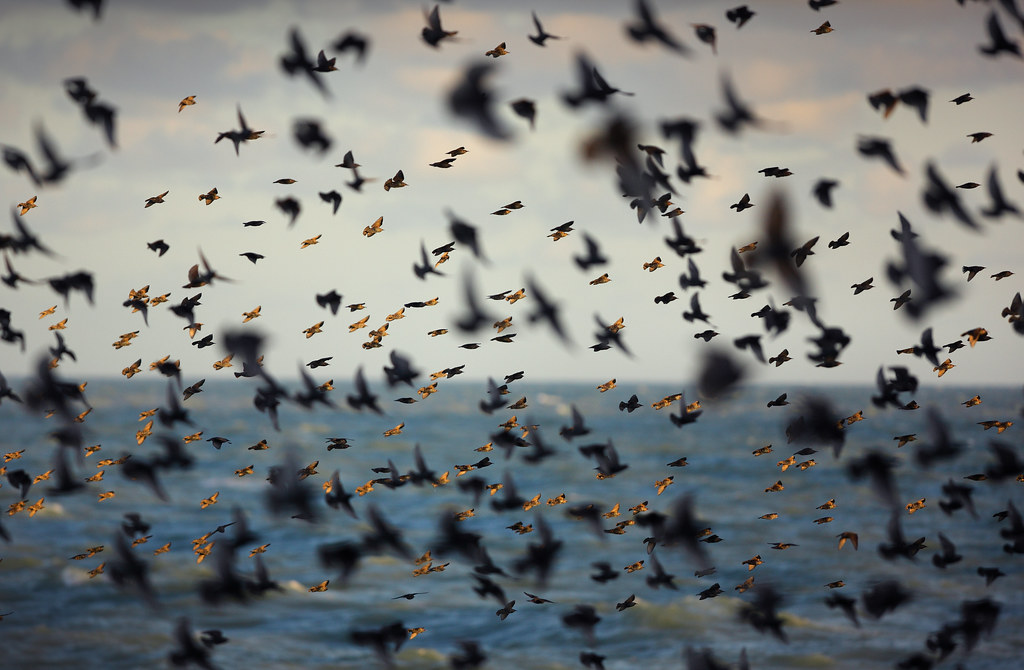 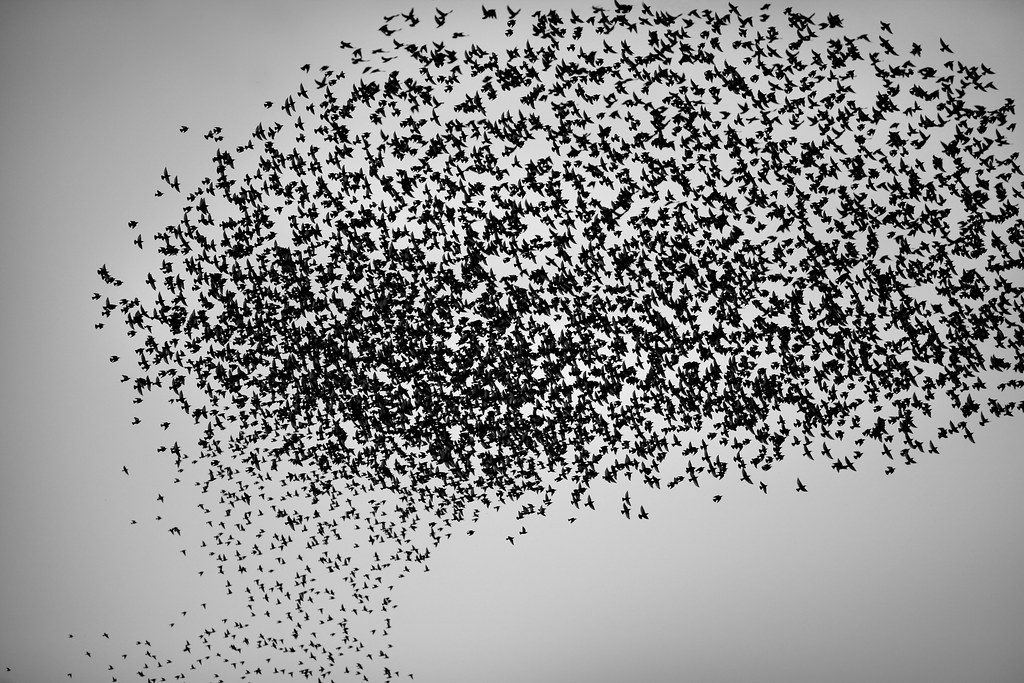 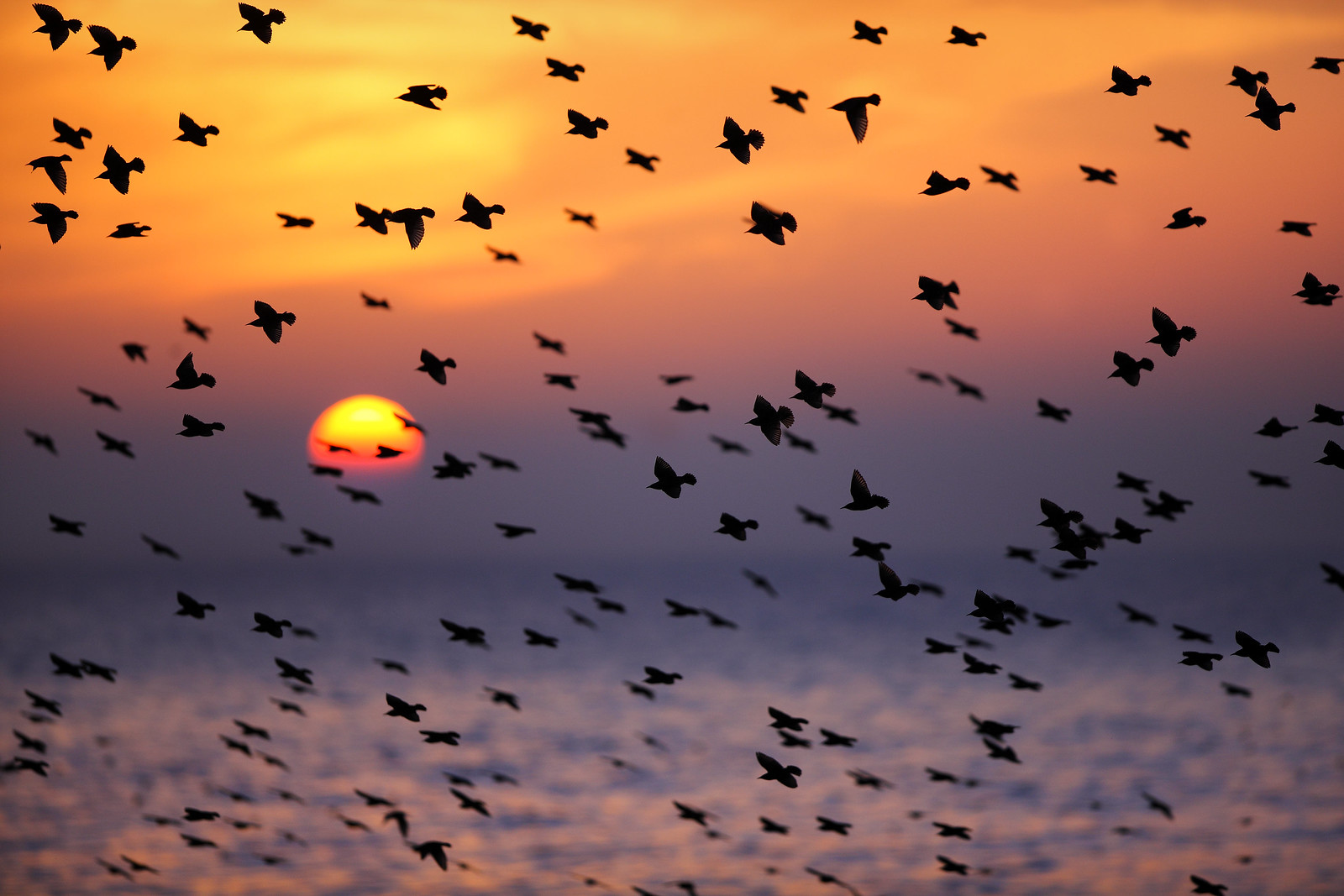 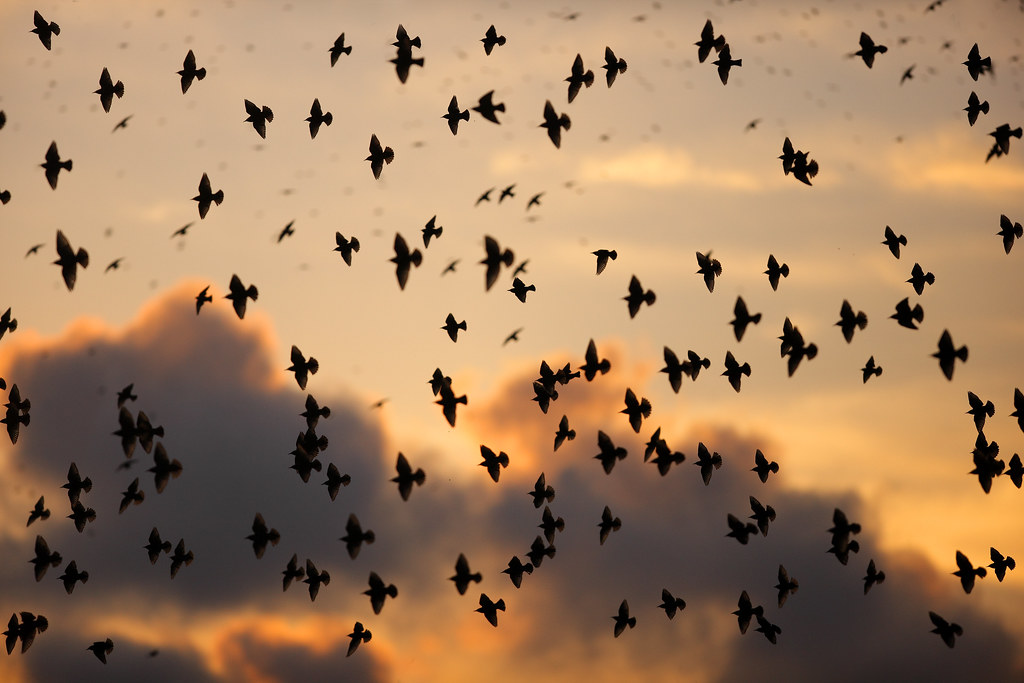 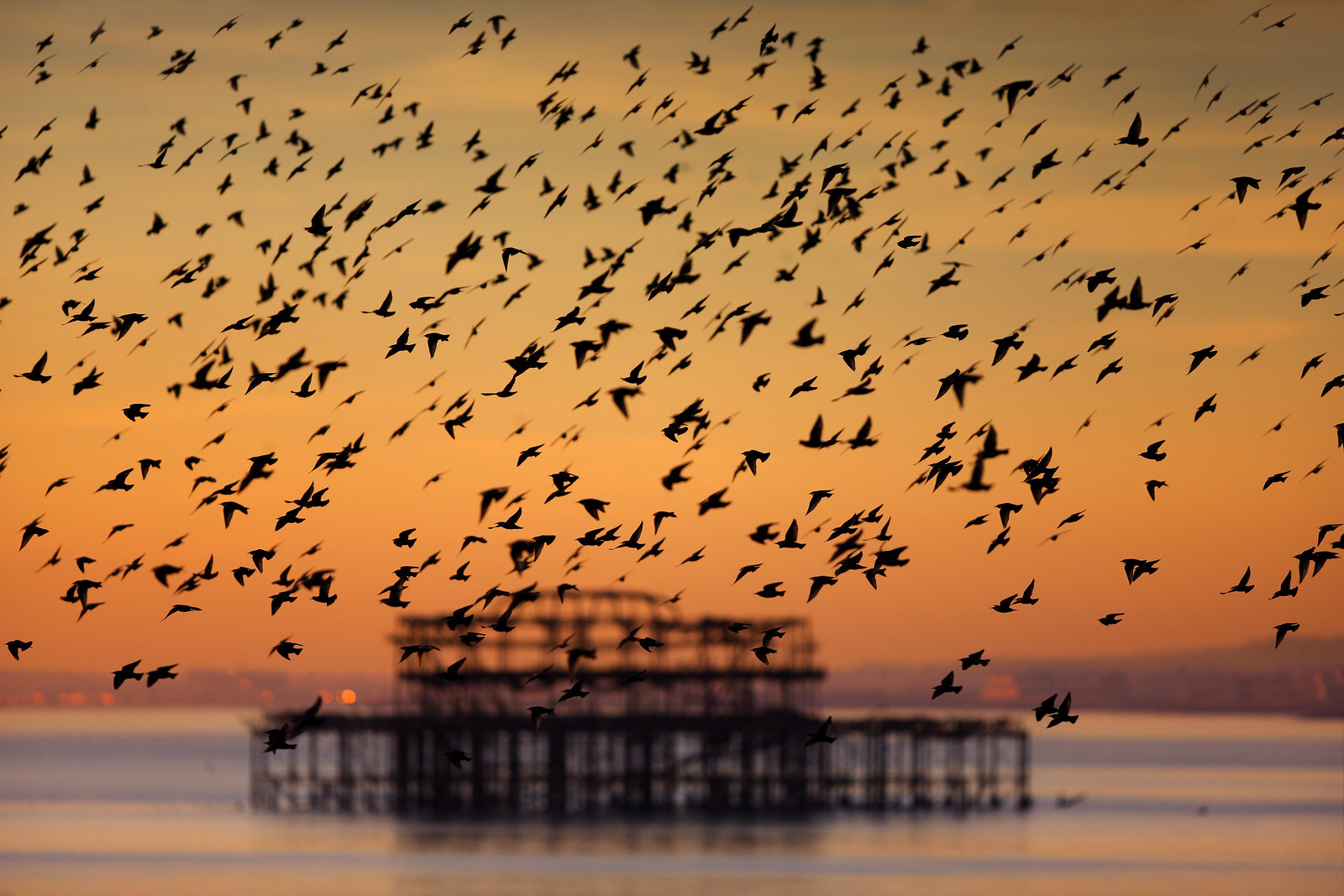 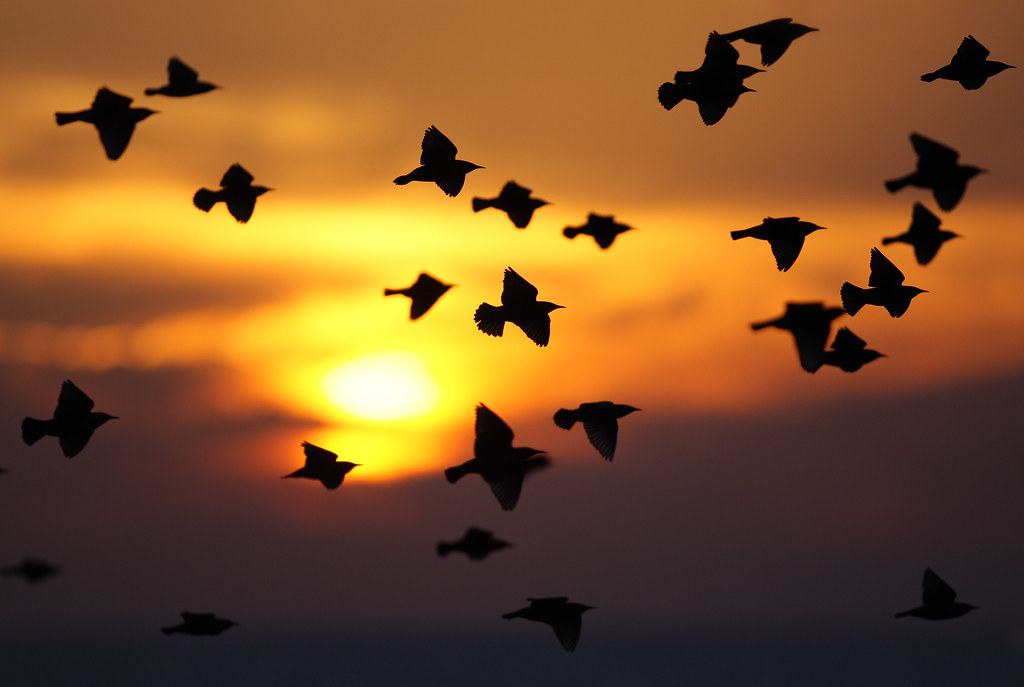 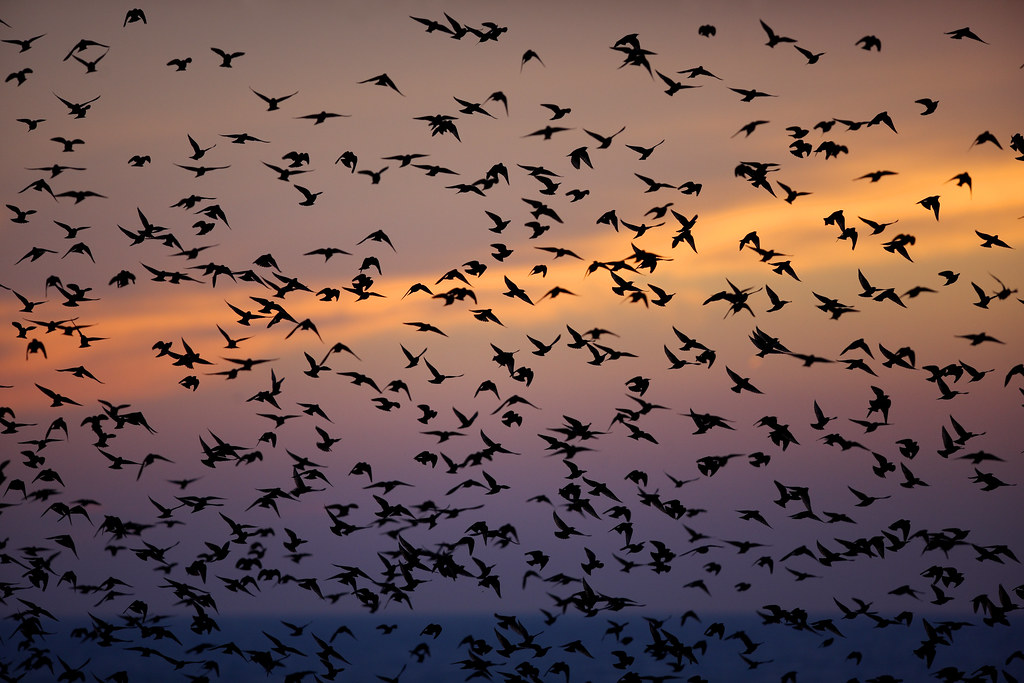 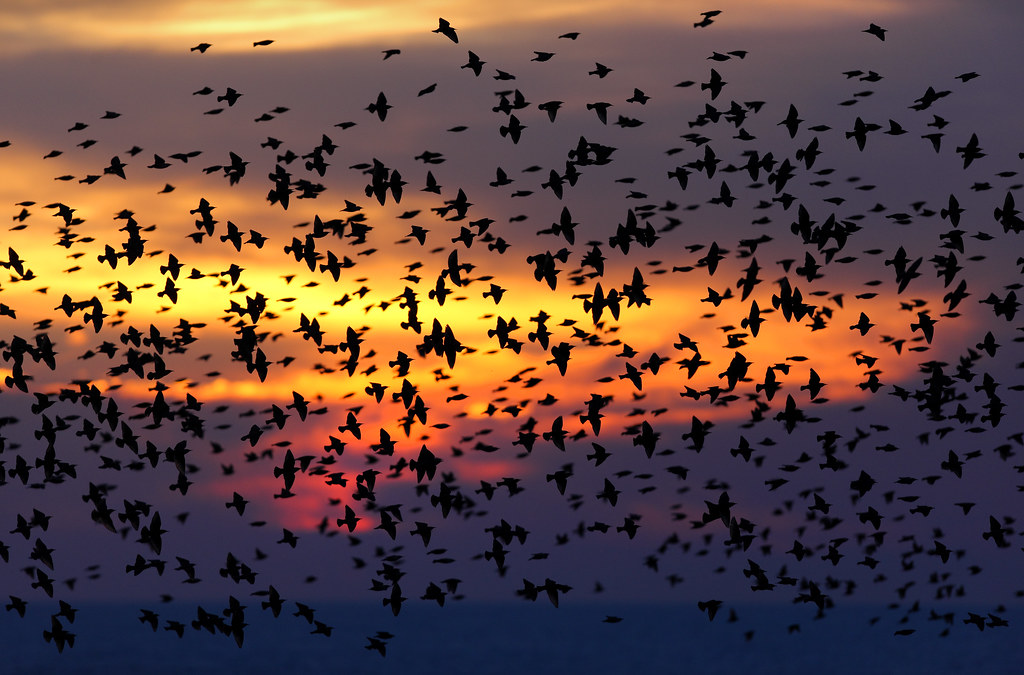 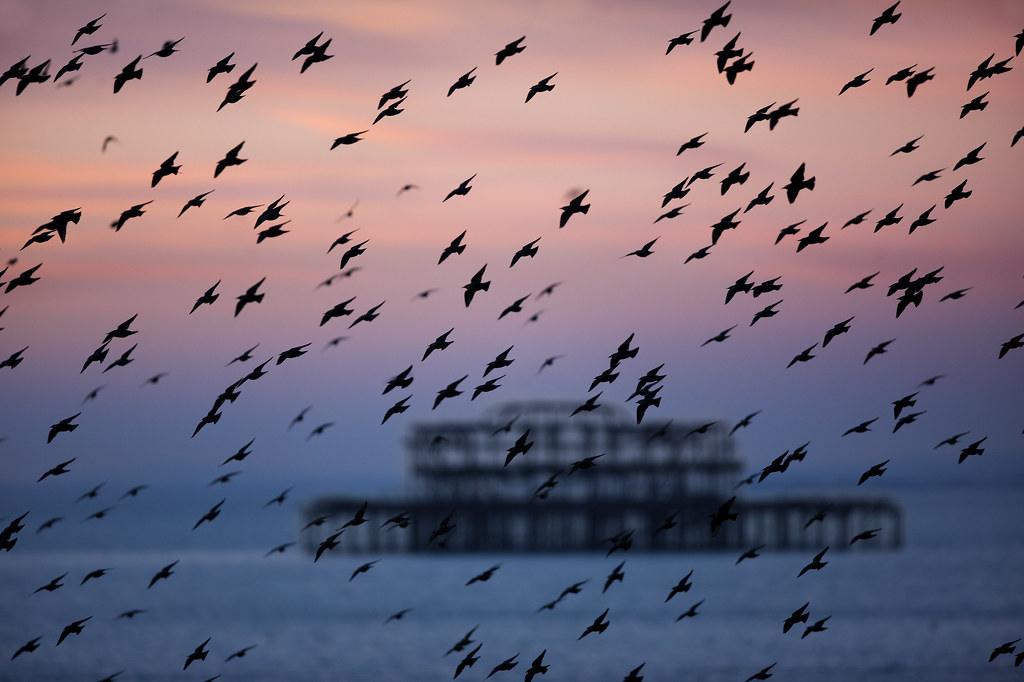 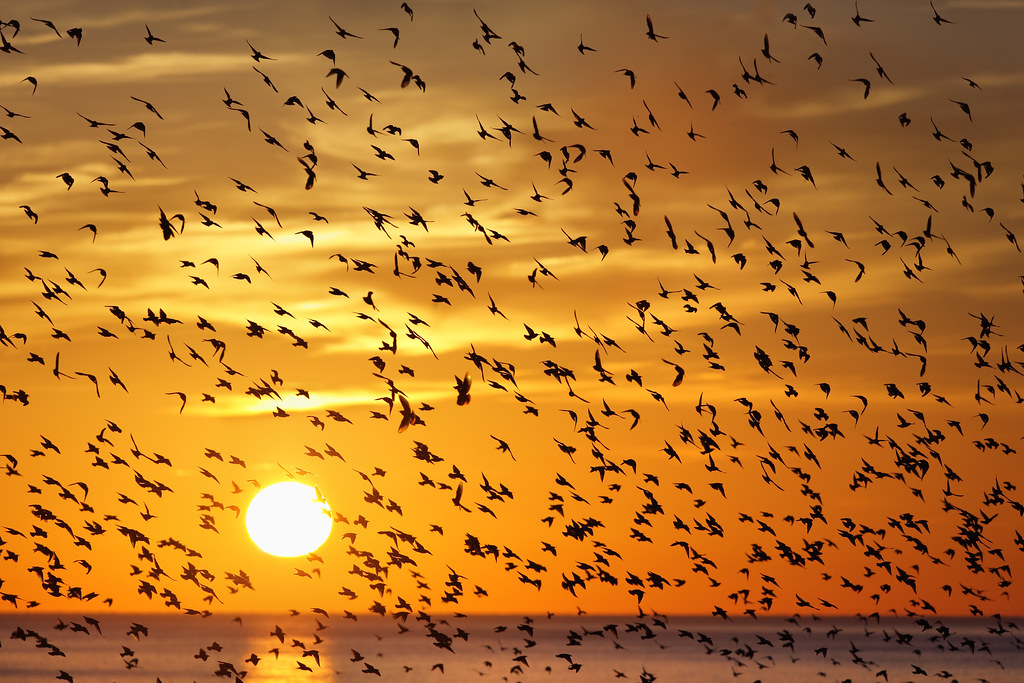