November 20, 2011
Gulls and starlings par excellence at the end of another delightful and unseasonably mild November day. The gulls spent several minutes trying to figure out how to eat a starfish. Each gull picked up the starfish and carried it around before dropping it. Eventually, a tug of war between two gulls produced unintended consequences. The unfortunate starfish was torn apart, resulting in a shared meal. It was refreshing to see gulls eating proper, nutritious food, caught from the sea, rather than the usual burger and chips.

Starfish lack a centralised brain, which means that they are incapable of suffering. If, however, you find starfish on the beach, they are probably still alive. The seemingly 'lifeless' starfish will begin moving again once returned to the sea. Should you take the 'dead' starfish home to dry out for bathroom ornaments, you are in fact responsible for its death, not the high tide. Besides, hungry gulls could have eaten it.

At sunset, many thousands of starlings escaping from the cold, harsh winter weather in Scandinavia, formed a huge murmuration over Brighton Pier. I could see a smaller murmuration over the West Pier. 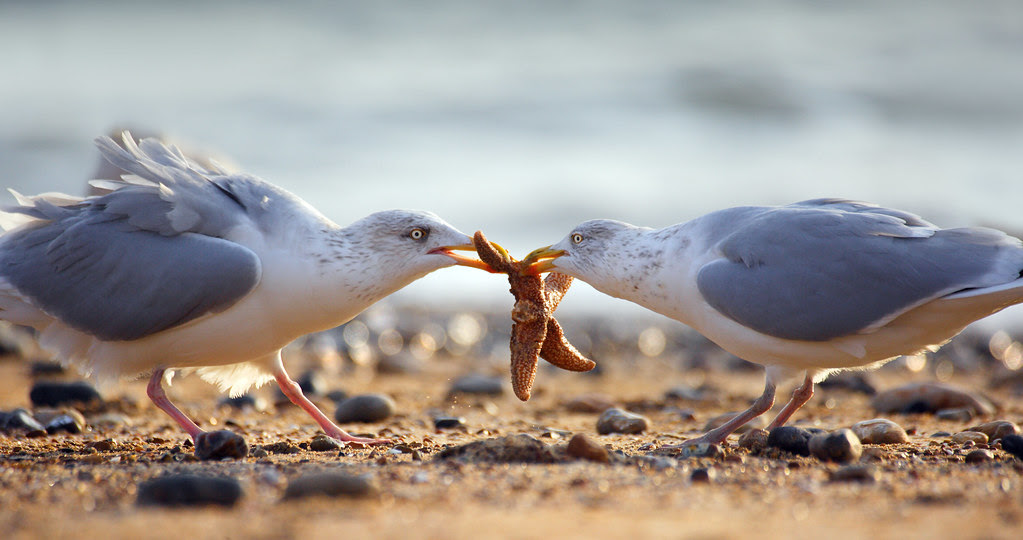 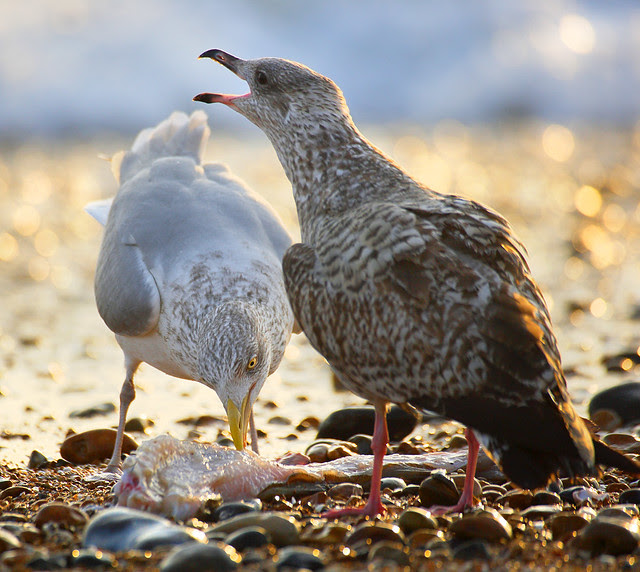 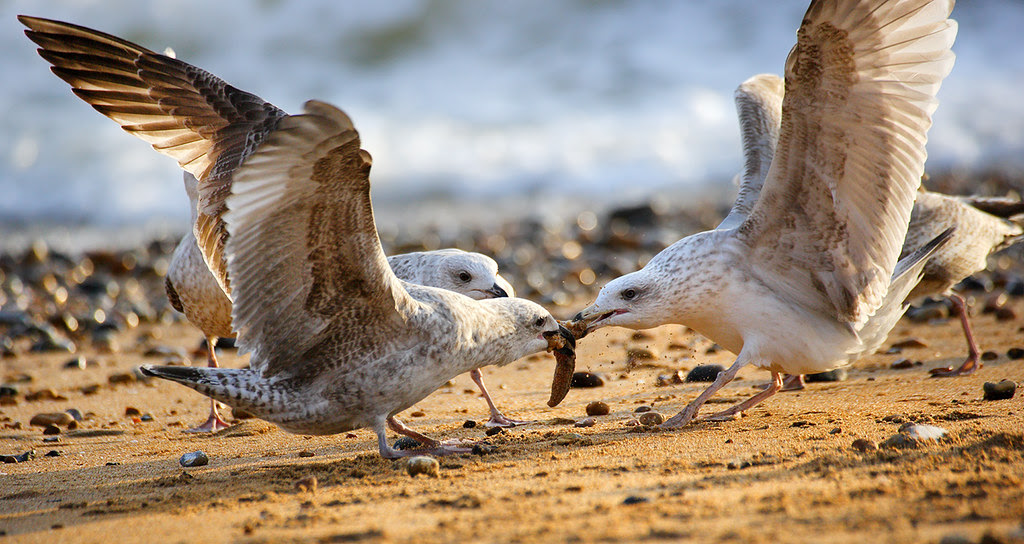 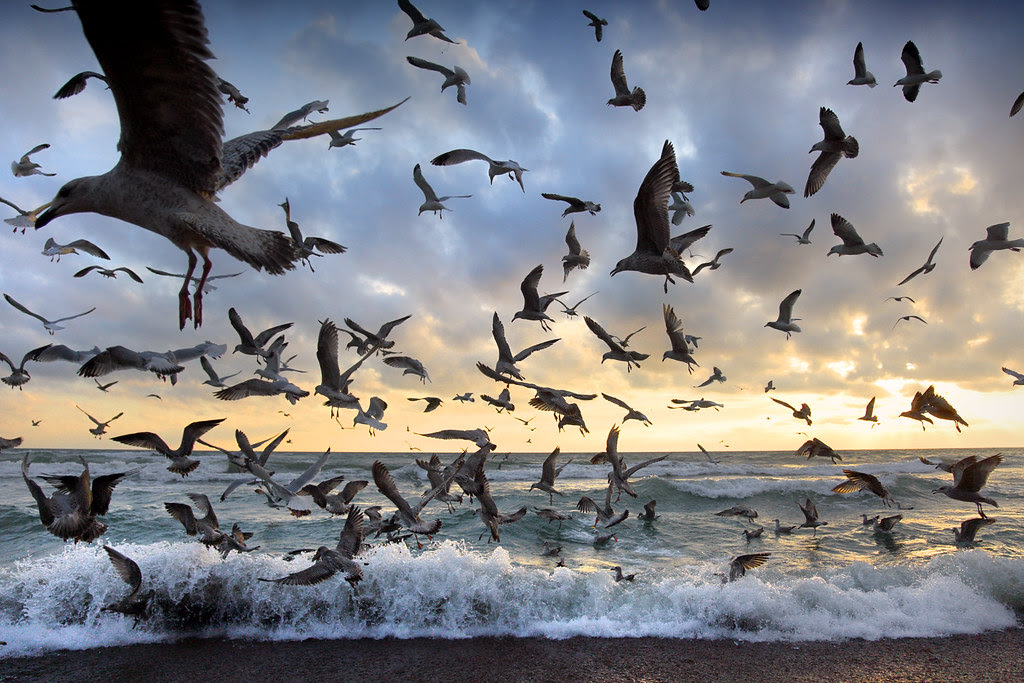 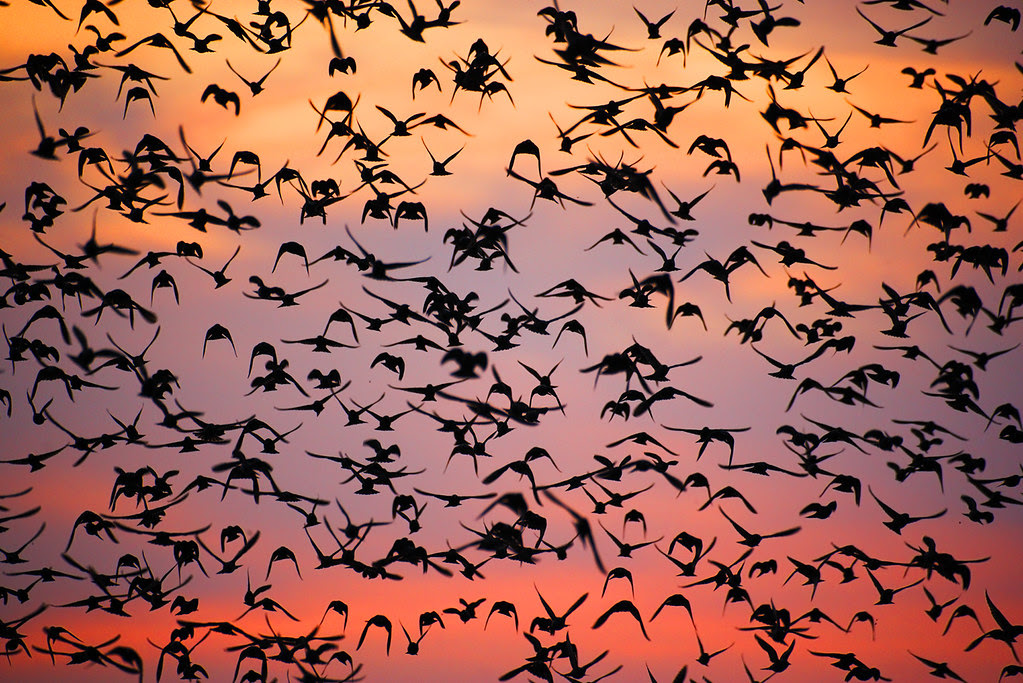