Huge numbers of starlings are now gathering over Brighton Pier every afternoon at sunset. It is possible to observe excellent displays on both sides of the pier, regardless of weather conditions. I would estimate the total number at under 40,000, which is down on last year. It could be that locally, starlings are in decline, but it is also possible that competition for places to roost have forced some birds to find other locations in which to sleep. Murmurations now gather over rooftops along Church Road, Hove. Earlier in the winter, a large and long lasting murmuration would form over Churchill Square, but recent activity from construction workers displaced them.

Due to the ongoing pattern of wet and windy weather, lighting conditions have disappointed on many occasions. I have now visited Brighton Pier 50 times this winter. In February, starlings begin gathering at about 16:25 and fly at high altitudes until numbers swell to several thousand, when the flight elevation drops to below 50 metres. Two murmurations form, on either side of the pier and one can observe the larger and longest lasting group on the east side.

Watching this amazing spectacle is a great way of meeting people, as Brighton's starling murmurations draw people from across the country. I have met quite a few photographers and interested members of the public. I even met the 1980s singer, Jimmy Somerville, who introduced himself by showing me a starling tattoo on his leg. As we talked about the amazing and beautiful murmurations, I realised where I'd seen his face before: on my brother's record sleeves circa 1987. The starlings will remain in the area until late March, when they all return to Scandinavia. I plan to bring you a third instalment of photos and hopefully by then I will have bumped into Depeche Mode. Dave, Martin and Andy: I'll be sitting on a deckchair, wearing a crown and holding an autograph book. We all have our guilty pleasures. 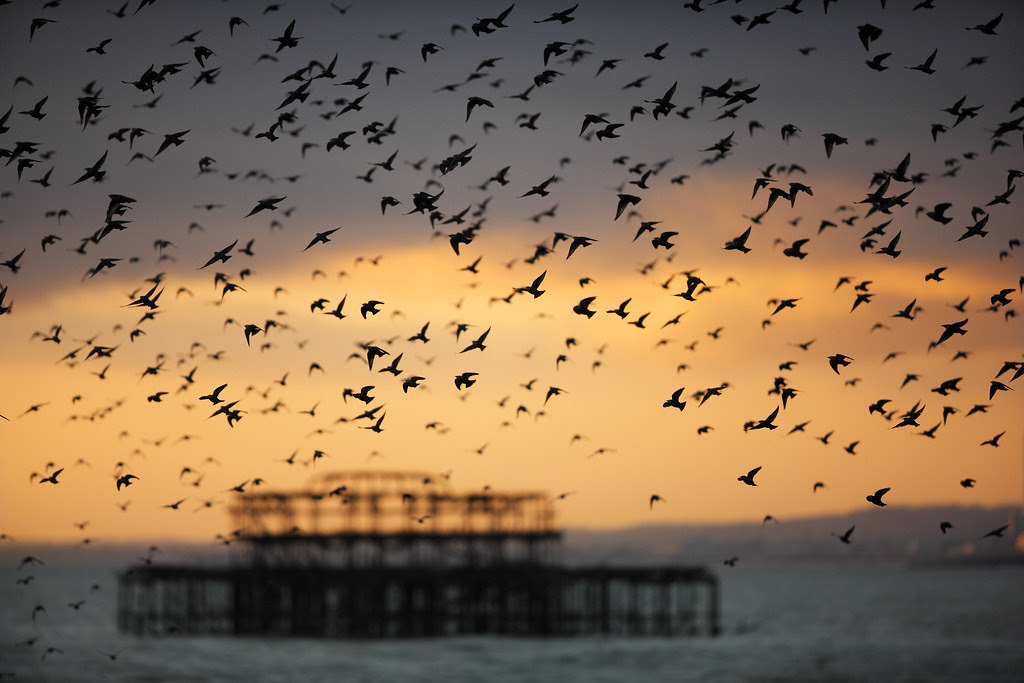 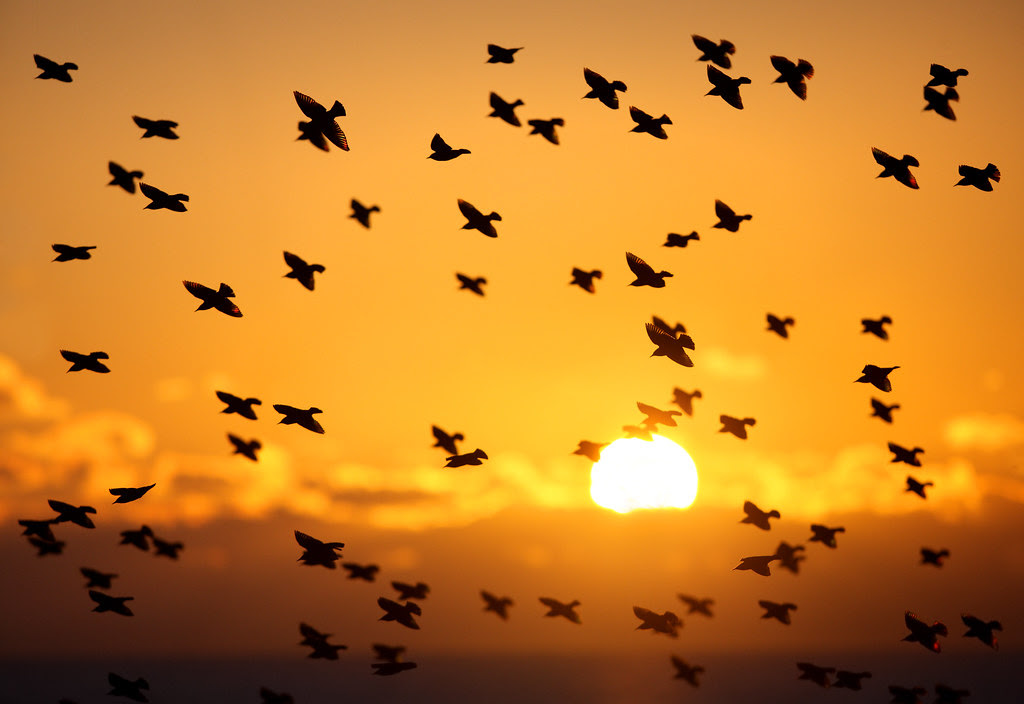 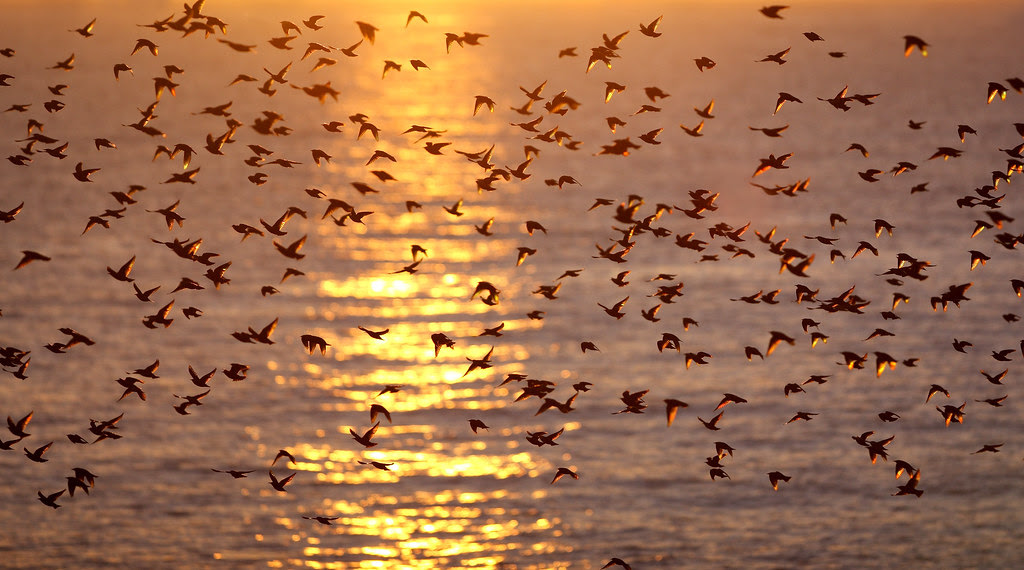 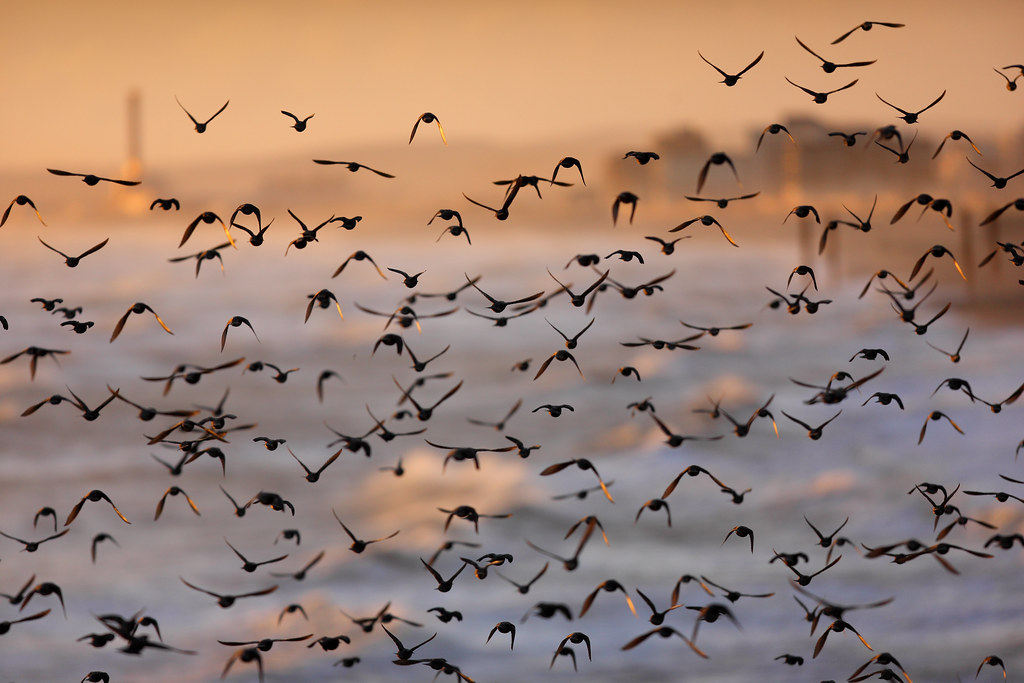 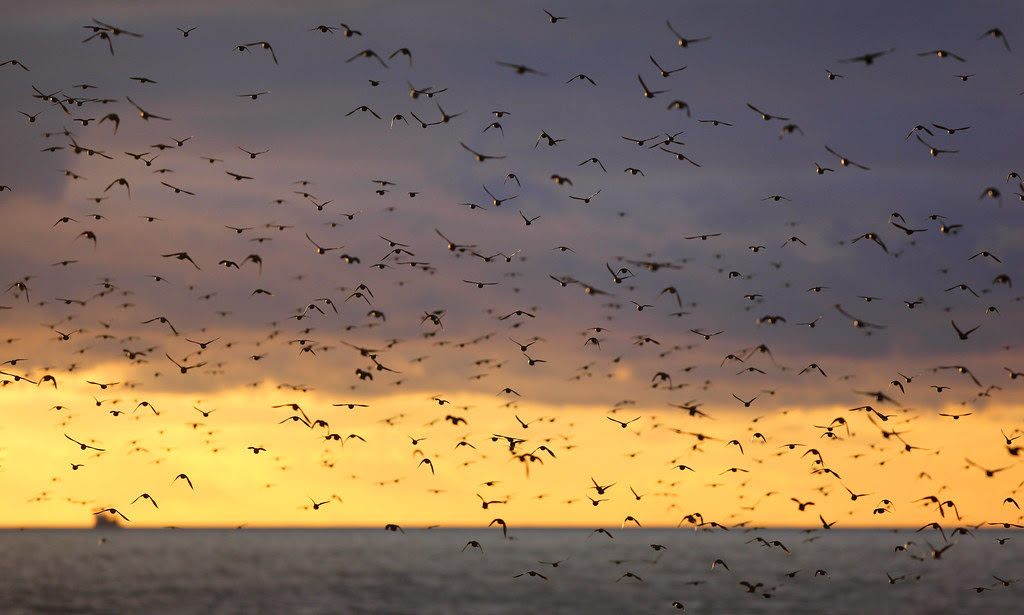 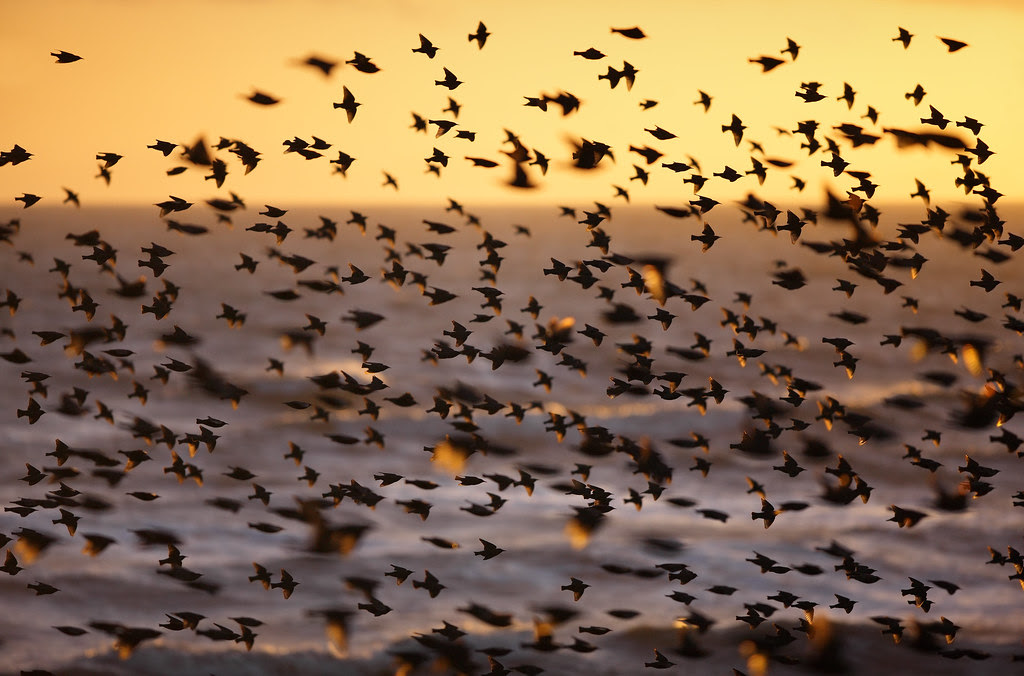 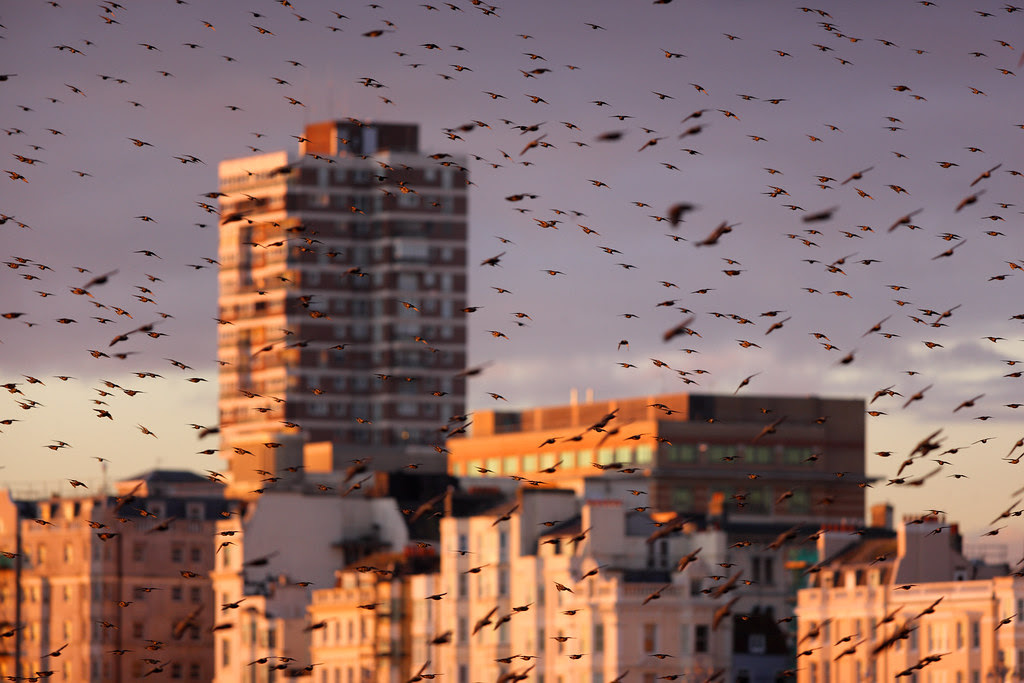 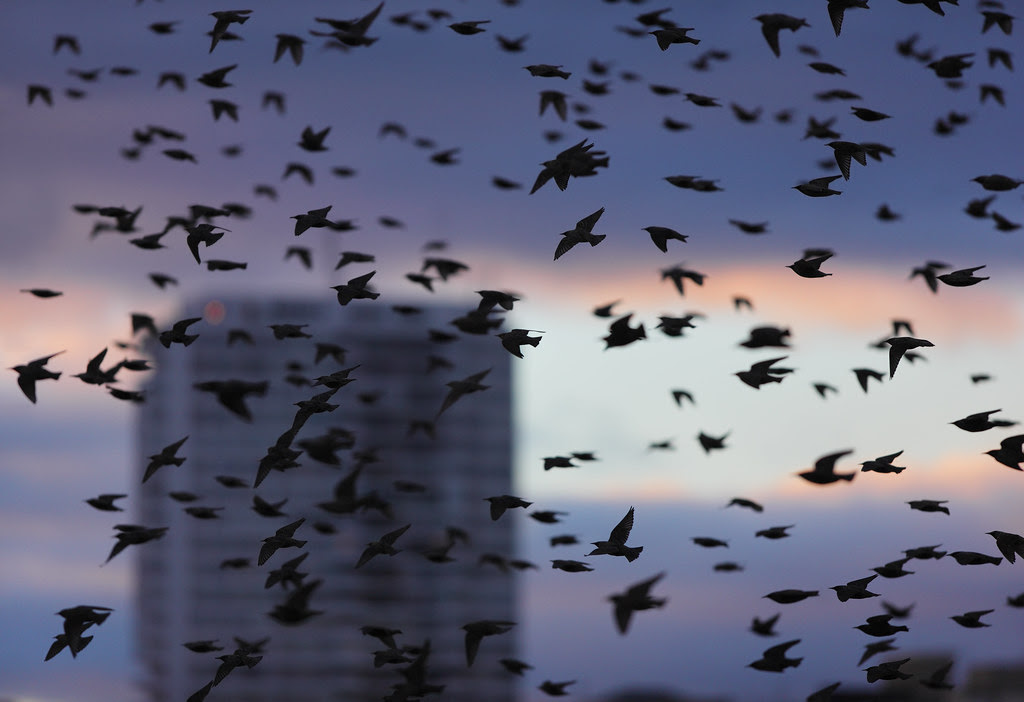 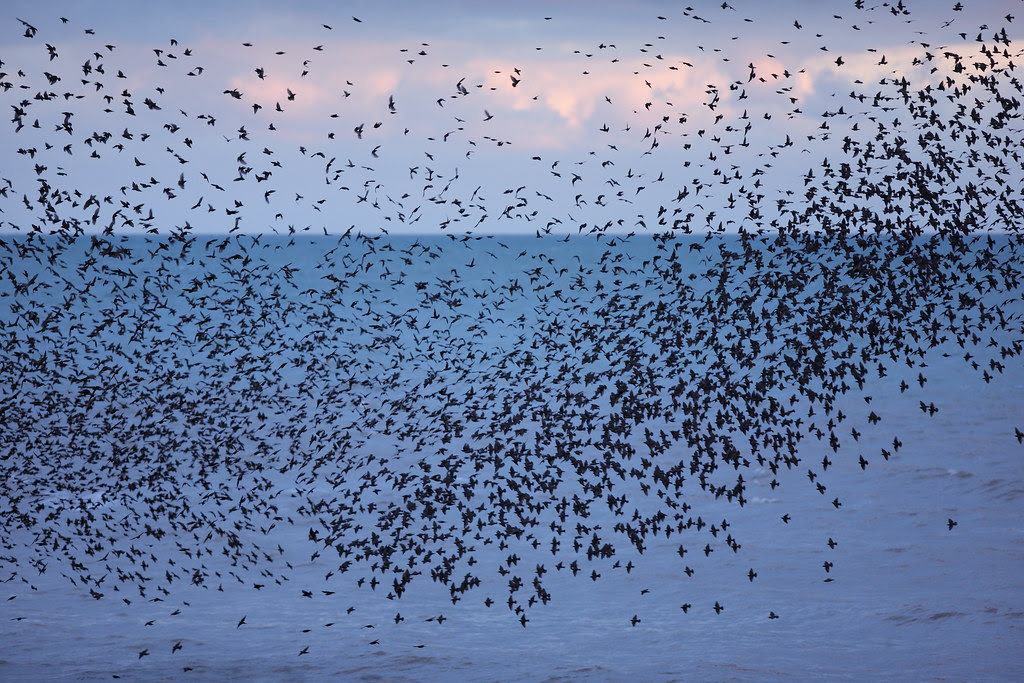 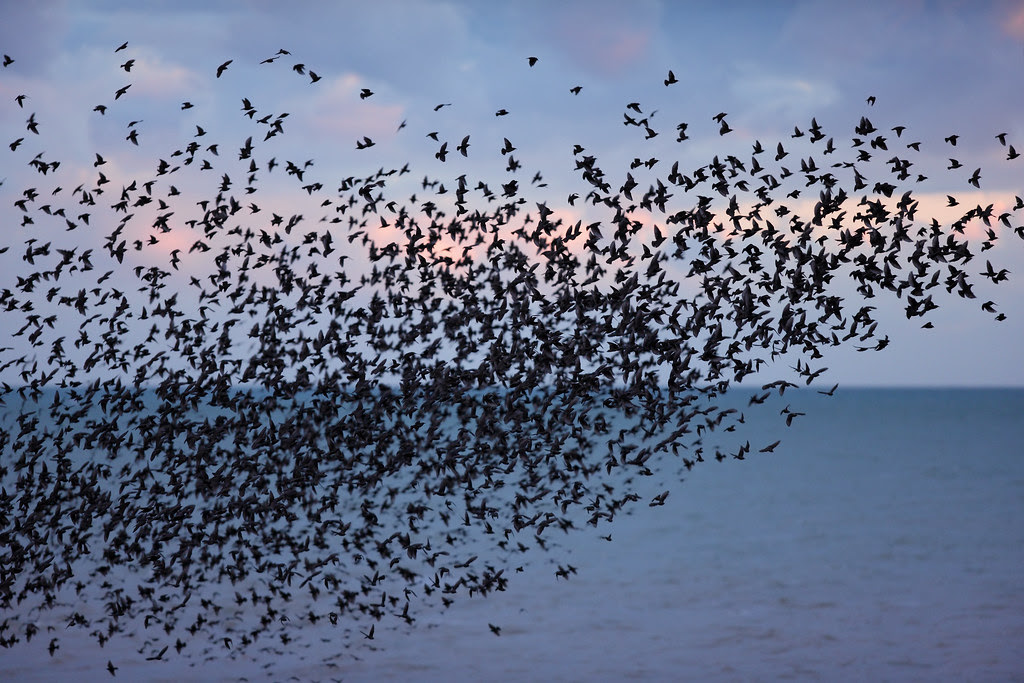 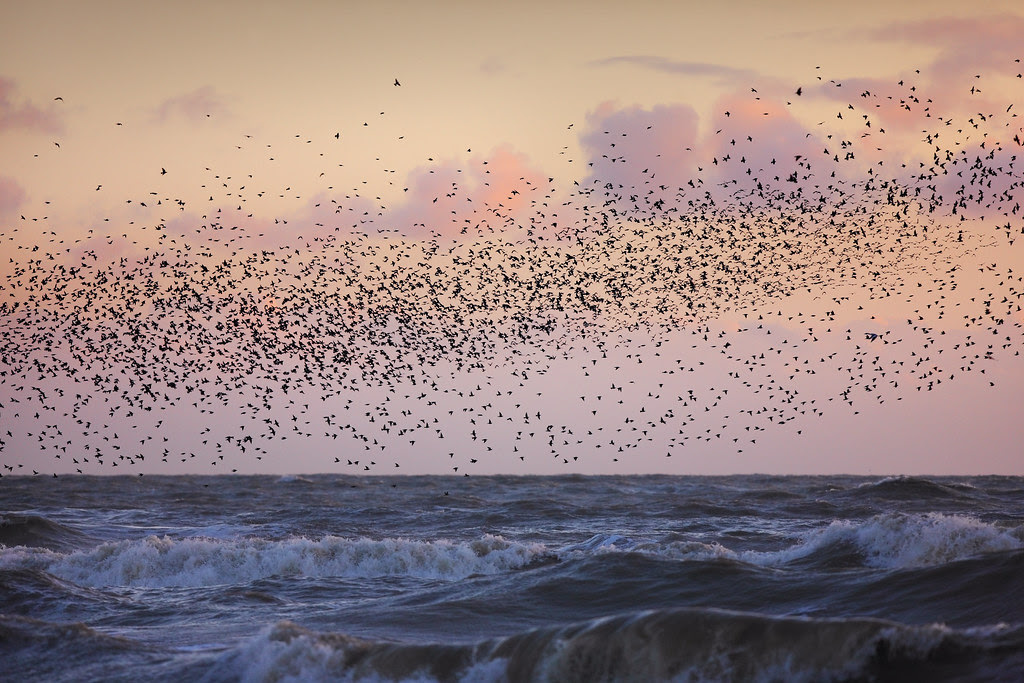 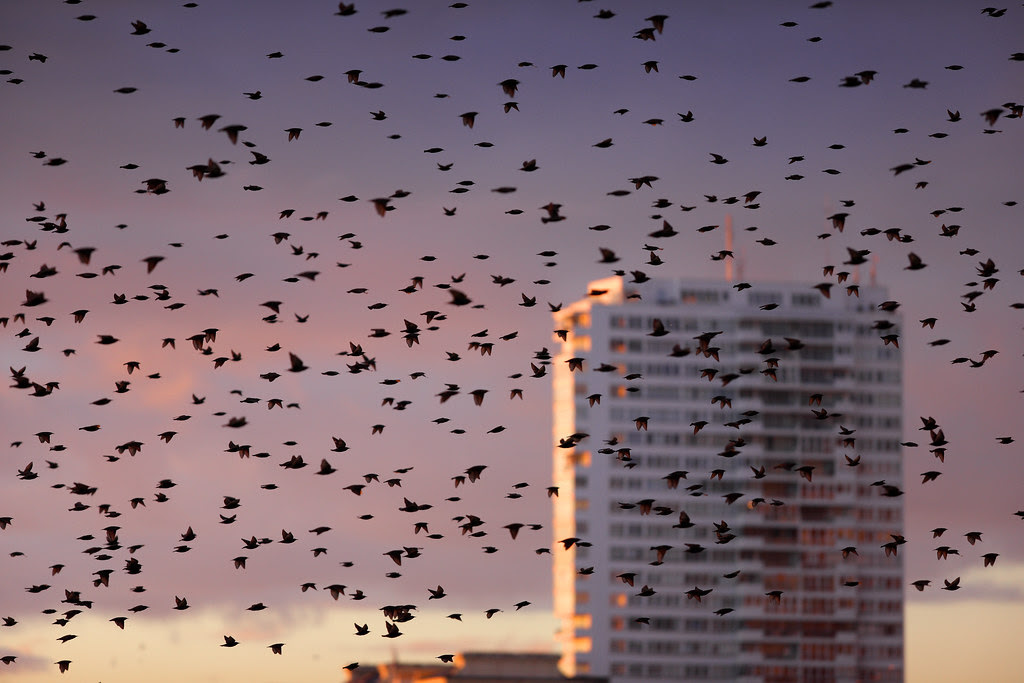 Anonymous said…
Love the photos! Any tips for a good spot and time on Saturday 22 February? 1 of my ambitions is to see the starlings and last month I missed them by minutes!! Any help gratefully received. Kathy r

You can watch the starlings from either side of the main games pavilion on Brighton Pier. Make sure you're down there by 16:30 at the latest and watch the murmurations grow to massive proportions in 20 minutes. Some people think the murmurations are a "one off" or occur intermittently - they in fact form every afternoon during winter, about 45 - 30 minutes before sunset. Might see you down there! I'm the tall man with the big white lens.
21 February 2014 at 10:11 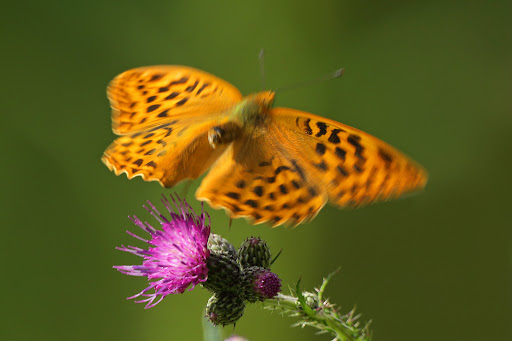 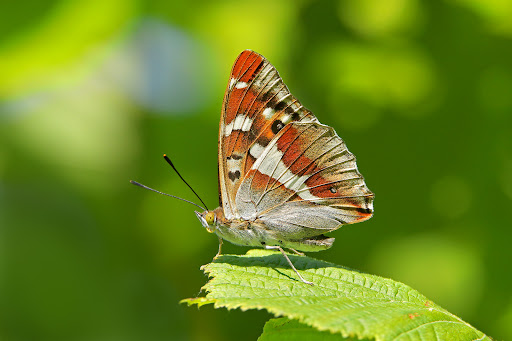